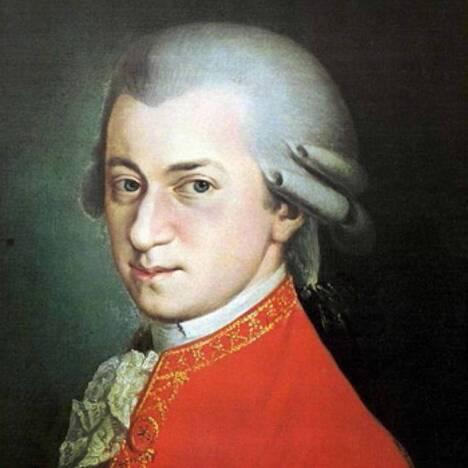 Theme: the life of Mozart - historical notes are on the back page of the music


Meter, Time Signature, Tempo: Various
Performance Time: about 4.15 minutes
​
Performance Notes from publisher:
"It would be good for the students to hear the works that are represented in this choral arrangement.  Performance tempos may vary greatly and the writers suggest that the teacher use discretion in setting the tempos for each section of the piece, particularly with consideration for the technical ability of the accompanist and the need for clarity of text in the choral performance."

He was born in January, so they say,
in a place called Salzburg far away.
His talents were amazing, no one could deny;
the whole world loved this little guy.
He was writing tunes when he was only five;
his talent kept his family alive.
When he played for royalty they stood to cheer!
What a superstar he was - that's more than clear!

Mozart never ever went to school
You might think his life was really cool
London! Paris! Rome! It sounds so great
Eighteen cities by the age of eight.
Brilliant! - that's what the people cried
they looked on him with pride;
they gifts him gifts and stuff
but it was not enough, not near enough
when things started to go wrong.
There would come a day, an awful day when there would be too many bills to pay.
Soon that brilliant boy who brought them joy would find his life in total disarray.