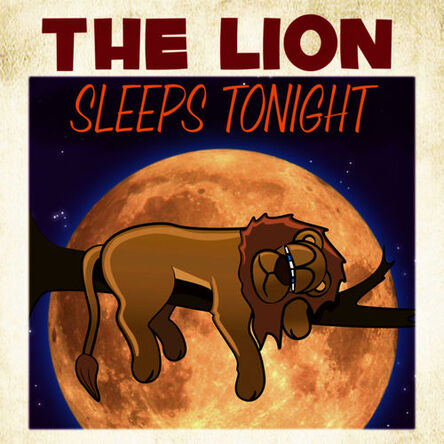 Performance notes: "Wimoweh" is a mishearing of the original song's chorus of "Uyimbube"… Zulu for, 'You are a lion'.
The song we know as "The Lion Sleeps Tonight" or as "Wimoweh" was was written in the 1920s by Solomon Linda a South African singer of Zulu origin. The name of the song was "Mbube" which is Zulu for "lion"
Performing with a musical ensemble the 'Evening Birds' in Johannesburg, Linda and his fellow musicians recorded a number of songs, including "Mbube", which incorporated a call-response pattern common among many Sub-Saharan African ethnic groups, including the Zulu.
Later on 'The Weavers' recorded an adapted version and called it "Wimoweh", which is a mishearing of the original song's chorus of "Uyimbube", Zulu: You are a lion. This was the version that contained the chorus chanting "Wimoweh" and Linda's improvised melodic line. 'The Weavers' credited the song as "Traditional", with arrangement by "Paul Campbell", later found out to be a pseudonym used by 'the Weavers' in order to claim royalties. This is the version that's been repeated down through the years by various folk artistsand vocal groups… Except for Miriam Makeba who in 1960 recorded the same song again as "Mbube", and with the writing credit given back to "J. Linda".
from: https://www.quora.com/What-does-Wimeoweh-mean-in-the-song-the-Lion-Sleeps-Tonight

And even though Solomon Linda is now being credited as a writer in The Lion King remake and on the soundtrack, the settlement deal prohibits the Linda family from making any further claims against Abilene or the three Americans credited as composers of ‘The Lion Sleeps Tonight’.
from: https://www.yahoo.com/entertainment/the-lion-king-and-the-controversial-history-of-the-lion-sleeps-tonight-163027597.html